Kevin Barnicle first joined the St. Rita Catholic Community in 2017 as the Athletic Director and PE teacher of grades PreK-4.  Now entering into his fourth year, he will be returning as the Dean of Student Affairs.  Coach Barnicle comes to St. Rita from Greenhill School where he served as the Head Boys Lacrosse Coach and PE teacher.

While at Greenhill School, Coach Barnicle guided the program to 32 victories in his first four seasons, and 55 wins over 6 years, making him the program's all-time winningest coach. Barnicle led the Hornets to their first-ever Texas High School Lacrosse League District Championship during the 2014 season. For his efforts, Barnicle was selected as the 2014 Texas US Lacrosse Coach of the Year as well as the 2014 North District Coach of the Year after helping the Hornets set a single-season record for victories (10). During the 2017 season, the Hornets finished with 16 victories, and an appearance in the 2017 DII Texas High School State Championship game.

Prior to working at Greenhill, Barnicle spent eight seasons at Episcopal School of Dallas where he built the Eagles into a perennial lacrosse power in the North Texas area. Barnicle guided the Eagles to the Final Four of the Texas High School State Championships in four of his eight seasons, including a Texas State crown during the 2007 season. The Eagles also garnered runner-up showings in three Texas High School State Championships under Barnicle's direction.

Barnicle led the Eagles to the SPC Championship Game in 4 of the eight seasons, including a victory during the 2008 campaign. Following the 2006 season, Barnicle was selected as the Texas North District Coach of the Year. In his tenure with the Eagles, Barnicle coached 10 All-Americans and had more than 20 student-athletes continue their lacrosse careers at the collegiate level.

Coach Barnicle began his coaching career overseas at the prestigious Charterhouse School in Surrey, England, where he developed both the boys’ and girls’ lacrosse programs. Upon returning to the States, Barnicle spent three seasons coaching at Hartwick College in New York in addition to his alma mater, Springfield College. During the summer months, Barnicle coaches youth lacrosse players throughout the Northeast at several camps and select tournaments.

A standout during his playing career, Barnicle played at Division III powerhouse Springfield College where he was a four-year starter for the Pride. As a senior, Barnicle was selected as a first team all-conference performer and was invited to play in the 1999 Division III North-South All-Star Game in Saratoga Springs, N.Y.

Barnicle earned his bachelor’s degree in Physical Education in 1999 and master's degree Athletic Administration in 2003 - both from Springfield College. 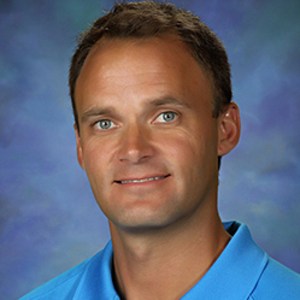